What are Frameworks? 22 Best Responsive CSS Frameworks for Web Design

This post aims to present what frameworks are and what they are used for, alongside a selection of the best that can be got for free on the internet. In this way, we want to help web designers and developers who are starting out to discover new resources and possibilities, as well as setting out concepts that can sometimes be too abstract for those who have already travelled far in the world of web design.

What is a framework?

A framework is a standardized set of concepts, practices and criteria for dealing with a common type of problem, which can be used as a reference to help us approach and resolve new problems of a similar nature. 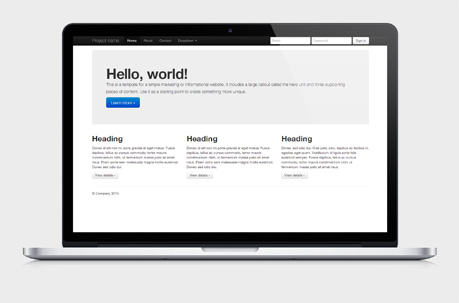 In the world of web design, to give a more straightforward definition, a framework is defined as a package made up of a structure of files and folders of standardized code (HTML, CSS, JS documents etc.) which can be used to support the development of websites, as a basis to start building a site.

Most websites share a very similar (not to say identical) structure. The aim of frameworks is to provide a common structure so that developers don’t have to redo it from scratch and can reuse the code provided. In this way, frameworks allow us to cut out much of the work and save a lot of time.

To summarize: there’s no need to reinvent the wheel. 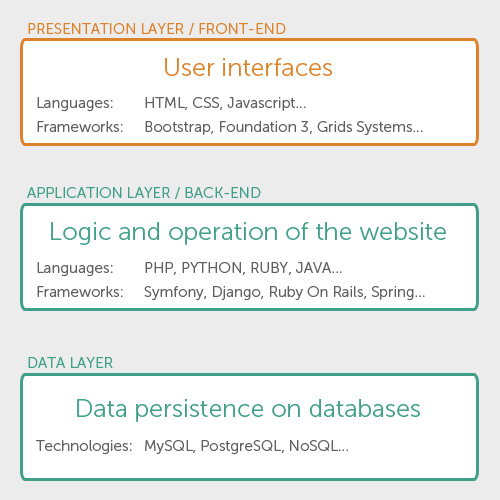 How many types of framework are there?

There are basically 2 types to differentiate: backend and frontend (this distinction is drawn depending on whether the framework is for the presentation layer or the application/ logical layer.

It’s important to understand that frameworks are a conceptual notion: a pre-prepared standard kit from which to work. The concept of a framework can be applied to different processes carried out on the web: the programmer’s layer which connects the database to the site content and uses PHP language, and the designer’s layer, where that content must be presented in HTML documents with defined CSS style sheets so it can ultimately be viewed in a browser.

They can be backend (a set of files with libraries to access databases, template structures, session management) or frontend. We’re going to focus on frontend frameworks.

Frontend frameworks usually consist of a package made up of a structure of files and folders of standardized code (HTML, CSS, JS documents etc.)

The usual components are:

Within CSS frameworks, we can draw a distinction between two types of framework according to their complexity: simple frameworks and complete frameworks. This distinction is subjective, and doesn’t mean one is better than the others but rather that they give different solutions depending on the level of complexity and/ or flexibility required.

These are often called simply “grid systems” but are frameworks nonetheless. They offer style sheets with column systems to facilitate the distribution of different elements according to the established design.

How to choose the right one?

Choosing the right framework for my site is far from simple, for several reason:

1. Every site is different and will require different characteristics. Using a very complete framework for a single page site may give an adequate result, but surely misses out on many resources.

2. Currently there aren’t many significant differences: they’re all very complete and easy to use.

However, we’ll give you some pointers to keep in mind when it comes to choosing a suitable framework:

Advantages and disadvantages of using frameworks

Is it advisable to use a framework?

Not necessarily. The developer must take the final decision on whether or not to use a framework. This will depend on several of the issues we’ve looked at. Frameworks are a resource that can be extremely useful for many people, but that doesn’t mean they are necessarily useful for you. Now you know what they are, which ones are out there, and the advantages and disadvantages of using them.