The Quick Learn Way to Creating a 3D Object With Babylon.js

3D development is one of the hottest topics nowadays. Modern browsers have the capabilities that we would have never imagined 5 or 10 years ago. By taking advantage of fantastic JavaScript API WebGL, they can fully render complex 2D and 3D graphics without relying on third-party browser plug-ins.

As most of the major browsers now support WebGL, you can access 3D websites everywhere and also play an entire 3D game in your browser. The main downside of WebGL is its high level of inner complexity. Fear not, as I’m going to explore Babylon.js: an outstanding JavaScript framework for building 3D in the browser. Through this tutorial, you’ll learn:

At the end of this tutorial, I’ll show you the live demo of my Babylon.js project that will help you better understand the features and working of Babylon.js. Hopefully, this tutorial would prove to be a great guide for you, especially if you’re a newbie to the 3D web development. Let’s start!

Babylon.js, brought to you by the folks at Microsoft, is an open source JavaScript framework through which you can build and render 3D games within a browser, with the help of WebGL and HTML5. While drawing a simple 3D object in raw WebGL requires you to deal with a huge amount of JavaScript code, Babylon.js lets you do the same thing with a minimal amount of code and very low level of complexity.

Babylon.js can be stated as "yet another Three.js" due to its powerful features, which give you the power to create almost everything, ranging from fully interactive 3D games to animated logos, in your browser. Though this JavaScript framework is currently on its early stage, but even it offers developers a solid foundation for crafting feature-rich WebGL creations that can be used almost everywhere. Hopefully, a lot of new cool features will be added soon.

The current version of Babylon.js has support for following amazing features: 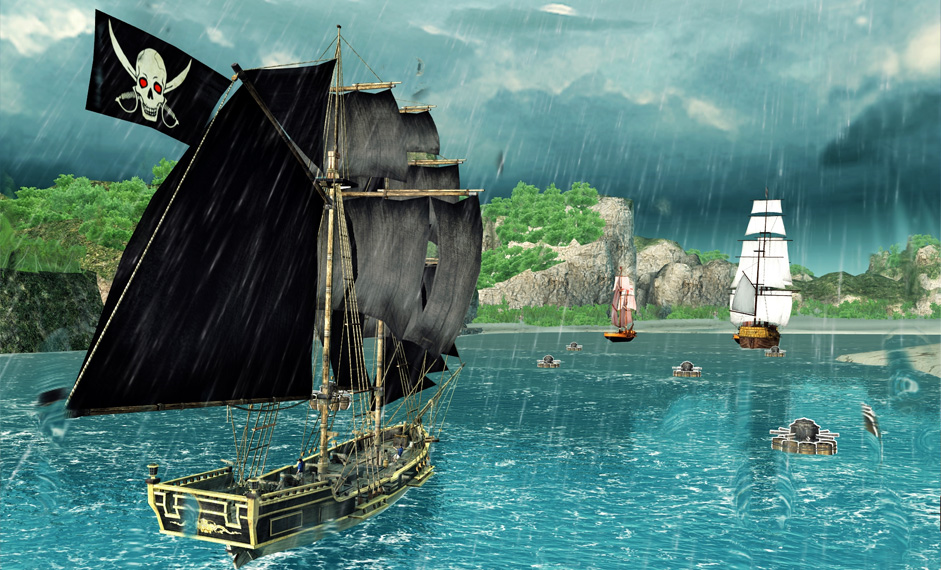 Getting Started With Babylon.js

In order to unleash the power of Babylon.js, the only thing you need to do is referencing its latest version in the head section of your HTML file.

Head over to the Babylon.js website and download the latest version of Babylon.js that is a small JavaScript file less than 200KB in size. Once you grabbed this file, import it in your HTML document.

Note: If you want to add touch events to your Babylon app, then you have to include Hand.js in your HTML page.

That's all. I’ll put all the JavaScript code, which I’m going to create, into the empty <script> tag.

Now, add some styles in the head of your HTML page in order to make Babylon.js render the scene in full screen mode.

The first thing you have to do, to display anything with Babylon.js, is to create the Engine that is the main object around which Babylon.js is built. The Engine works as the hub between WebGL and Babylon.js, and is responsible for instructing WebGL to create 3D objects.

Note: If you want to test if the current browser supports WebGL, use the code given below:

Once you’ve created the class Engine, you’ll be able to create a scene where you can add all entities that work together for building a 3D object:

Starting with the scene:

Once you’ve set up the scene, create a camera.

Let me explain what’s going on here. As I’ve mentioned earlier, Babylon.js has several cameras, but to keep the code simple, here I’m using the ArcRotateCamera that rotates around a given pivot and can be controlled with touch or mouse events.

The function attachControl is used to automatically handle inputs (mouse, keyboard, and touch).

After creating the camera, now it’s the time to add a light.

As I’ve mentioned in the features, Babylon.js supports four kinds of lights, which are spot, directional, hemispheric, and point. You can create as many as lights in your script, but keep in mind, the StandardMaterial is unable to handle more than 4 simultaneous lights. Therefore, it handles the first 4 enabled lights in your script.

After setting up scene, camera and light, now I’m going to create the mesh that is a 3D object. To create a 3D object, here I’m using CreateTorusKnot object.

The above method takes eight parameters: name, radius, tube, radialSegments, tubularSegments, p, q, and scene. The torus-knot winds q times around a circle in the torus’ interior, and p times around its rotationally symmetric axis.

Next up, we need to create a new material object in order to define how the 3D object should be rendered and how it should look like.

And apply this material to the knot.

Once you’ve applied the material, add some colors to your 3D object to make it more attractive. The StandardMaterial object supports many color combinations but for simplicity’s sake, here I’m using diffuse color that is the native color of an object.

You can specify the color of the object material using the diffuseColor property.

Now, if you test the HTML file in your browser, you’ll see nothing. That’s because you haven’t rendered anything yet. After creating the scene, the next thing you have to do is registering a render loop to tell the scene to render all entities it owns.

The renderLoop class is made of four parts:

Now, if you test the HTML file, you’ll see a 3D object of red color with no animation in your browser. Let’s rotate it to make it more exciting. Just add a function for scene.beforeRender and you’re good to go.

Congrats! You have successfully created your first 3D object. Below is the full code:

If you want to play around with the code or watch the live demo, you can do so here.